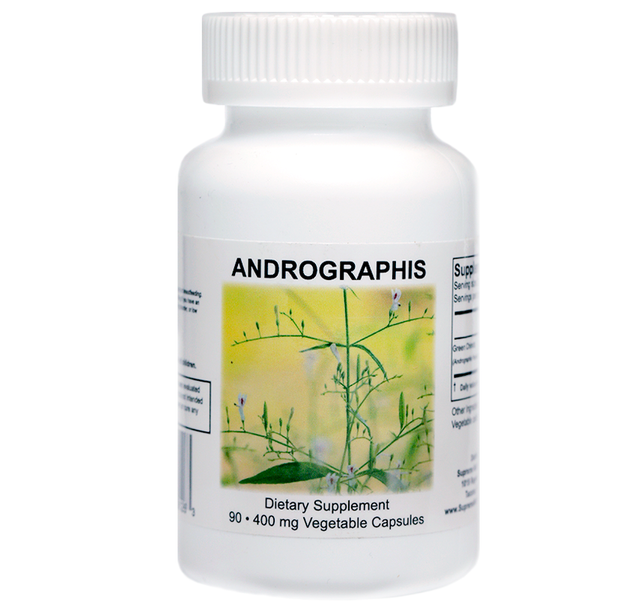 Andrographis is an herb indigenous to many asian countries, and it has a long history of being used for colds, sore throat, influenza, respiratory infections, sinusitis, UTI’s, diarrhea etc. It has been shown to have broad spectrum antimicrobial properties as well as being anti-inflammatory and hepatoprotective. Studies have shown it to also have anti histamine properties and suppress IL-2. Among many things, andrographis has shown specific activity against Epstein Barr Virus (EBV) and help with gastro-enteritis. Some reports also show it to help with symptoms associated with low testerone levels. *