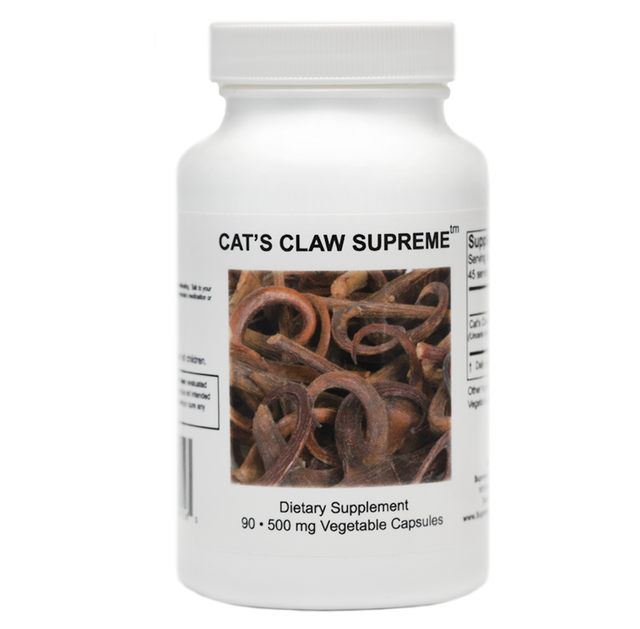 Cat’s claw, also known as Uncaria Tomentosa, is a woody vine that is native to Central and South America particularly in the Amazonian Rainforest. It has been used for medicinal purposes for centuries dating back to the Inca Civilization. Indigenous shamans say it is a bridge and balancer between the physical and spiritual worlds and is considered the most sacred herb. Traditional uses include but are not limited to arthritis, cardiac issues, Alzheimer’s, cancer, diverticulitis, ulcers, colitis, gastritis, leaky gut, hemorrhoids, and a variety of infections (viral, fungal, bacteria, parasitic and spirochetes).*

It is often used by doctors to help those with lyme disease as well as with viral issues. It has also been shown to help against high blood pressure, high blood sugar, and inflammation. It is a well rounded herb that people use for a plethora of issues.