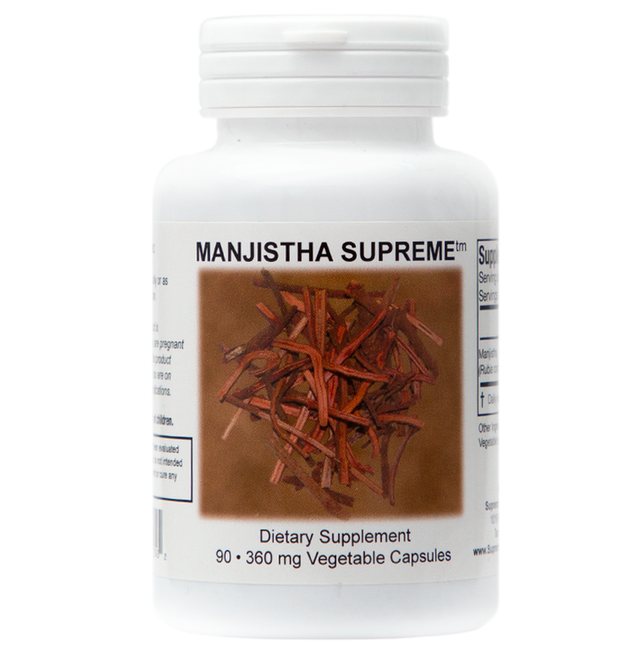 Manjistha is a supreme Lymphatic tonic*. It has a long history of being used in India to treat disorders of the lymphatics*. Research has shown its efficacy as an antioxidant, muscle relaxer, anti-seizure, and anti-anxiety remedy*. The herb has also been shown to be an immune stimulant; one trial demonstrated an increase in white blood cells by 151%*. We tend to think of it mostly as a lymphatic drainer and an anti-inflammatory for the musculoskeletal and gastrointestinal systems as well as an anti-anxiety herb*.

Manjistha Supreme™ is packaged in a bottle of 90 veggie caps, each containing approximately 360 mg of Rubia cordifolia without fillers, binders or excipients. 2 capsules 2x per day *It should be noted that Manjistha may temporarily turn urine orange or brown.