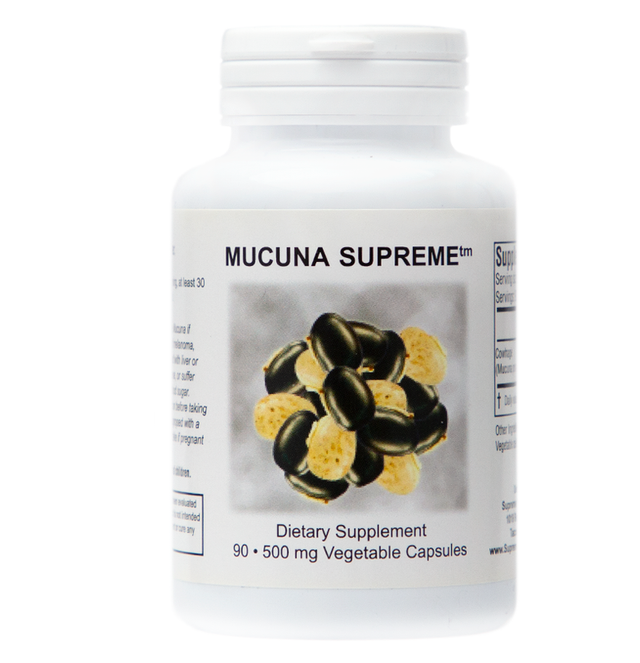 Mucuna Supreme is made from the seeds of the velvet-bean, Mucuna pruriens. Mucuna’s use as a medicinal plant dates back thousands of years. It been used to treat a wide variety of conditions including high blood pressure, low sperm count, low libido, male infertility, diabetes, and neurodegenerative conditions like Parkinson’s disease, and has been shown to have marked antioxidant activity*. Some of Mucuna’s most famous effects are on the dopaminergic centers of the brain*. Mucuna contains 4-7% L-Dopa which is the immediate precursor to Dopamine.

Mucuna Supreme™ is packaged in a bottle of 90 veggie caps, each containing approximately 509 mg of Mucuna pruriens without fillers, binders or excipients. One capsule on awakening, at least 30 minutes before food. Two Capsules may be needed but ask your physician before increasing.