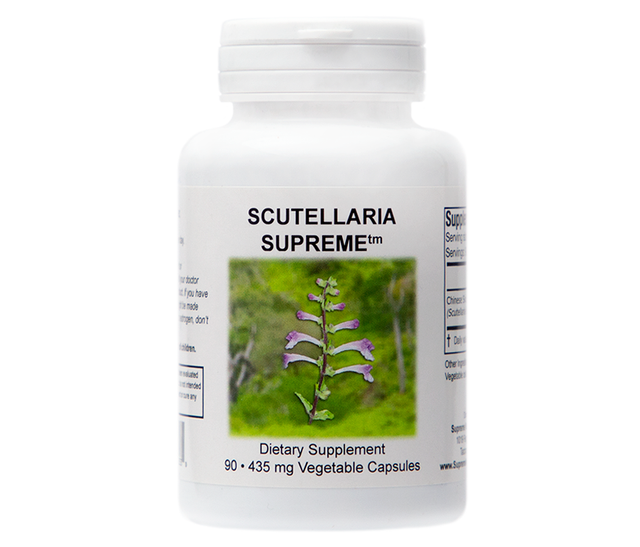 In Traditional Chinese Medicine it is classically used to clear damp-heat which encompasses conditions like fever, nausea, dysentery, diarrhea, ulcers, tonsillitis, urinary tract infections, bronchitis, and pneumonia*. It was also seen as an agent to clear toxins from the body and stop excessive bleeding as well as calm the fetus during pregnancy*. Studies have shown it to be anti-inflammatory, anti candida, and increase glutathione production*. It naturally contains melatonin and Serotonin, which are key components in helping sleep and decrease depression*.

Scutellaria Supreme™ is packaged in a bottle containing 90 veggie capsules, each containing approximately 500 mg of Scutellaria baicalensis without fillers, binders or excipients. 1 capsule 3x per day.