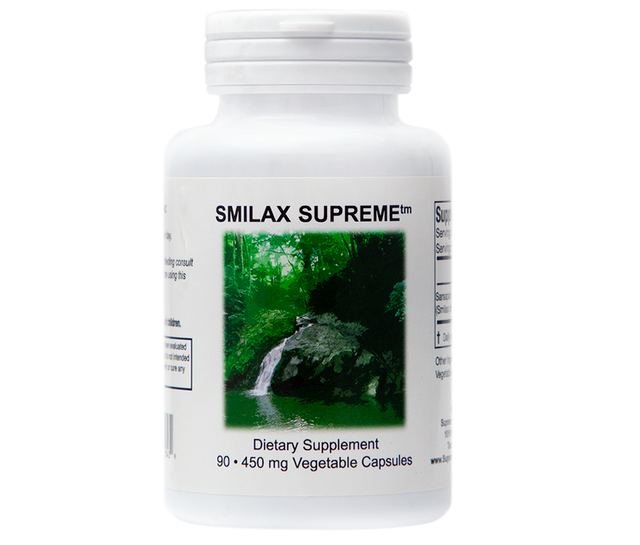 Smilax has been used in central and south American for hundreds of years traditionally prescribed for the following conditions: psoriasis, arthritis, autoimmune diseases, detoxification, hormone regulation, and as a general tonic and blood purifier*. It has also historically been used to treat syphilis, gonorrhea, and other STD’s since at least the early 1800’s as well as for leptospirosis*. One of the most unique components of Smilax is how it contains sarsaponin, which has been found to be an effective endotoxin binder*.

Smilax Supreme™ is packaged in a bottle containing 90 veggie capsules, each containing approximately 380 mg of Smilax officinalis without fillers, binders or excipients. 1 capsule 3x per day.