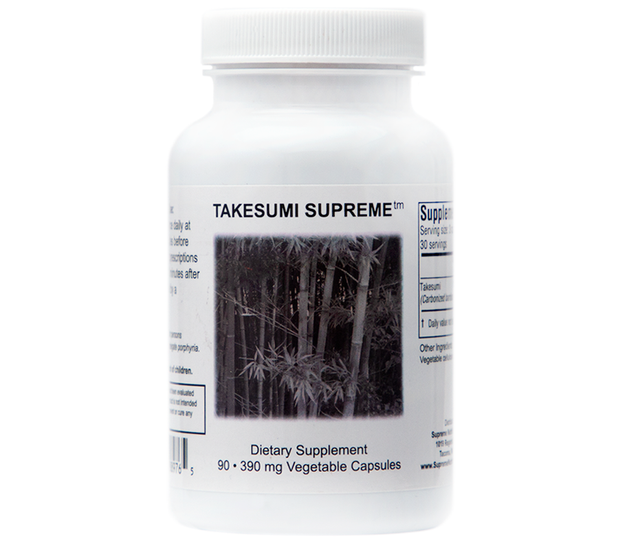 Takesumi or carbonized bamboo is well known in Japan but is just now becoming well known in the US. To put it simply- it is derived from bamboo that is carbonized under very specific conditions. Many physicians have reported it working against heavy metal toxicity, chemicals, and often food sensitivities*. We look at it as a supreme detoxification product*. It also appears to adsorb mycotoxins and endotoxins (and other bio-toxins) from various organisms, take a load off the liver and kidneys and thus act in an anti-aging fashion*. It is also reported to adsorb radiation (radon, nuclear, etc.)*. Many of the lyme literate physicians use it as part of their protocols.

Takesumi Supreme™ is packaged in a 60 gram container which contains approximately 120 servings of pure specially carbonized bamboo. A 1/4 teaspoon scoop is included. 2 scoops 1 x per day but can be taken at higher dosages during acute issues as directed by your physician. ** **Be sure to take Takesumi at least 30 minutes before or 2 hours after food, supplements, or any prescription medication